Jason Rennie is the editor of Sci Phi Journal and the host of The Sci Phi Show. I was very excited to sell a story to him as I truly believe that we need the kind of discussions Sci-Phi Journal provides. Despite holding a full-time job and leading a full-time life, Jason Rennie still finds time to run this professionally managed journal, argue politics, receive two Hugo nominations this year, and to answer my questions about running a journal/e-zine in these exciting times. Ladies, and gentlemen, this is Jason Rennie.
And this is how the interview went…

I’ve found that science fiction has always provided fertile ground for philosophical musings and debate. How did you realise that this particular niche was for you?
My first encounter with the idea of Sci-Phi itself was from a book by Mark Rowland but philosophy has been of interest [to me] for many years, even as a teenager, and I have loved science fiction since I was a child. My first foray into Sci-Phi production was an on and off again podcast called the Sci-Phi Show that explored these ideas. The magazine was a spin off of that.

Editing and producing a journal and podcast takes a lot of time and provides little financial reward. Why do you do it?
Good question. I enjoy doing it. Maybe the magazine has the potential to grow into something with financial reward, but you are right, at the moment it doesn’t really. Unfortunately I don’t have kids, and due to where live, I also have a long commute (90-minute train trip each way), so I need something to fill the time, and I do enjoy doing it.
I get to meet interesting people, read good stories and produce something that people enjoy, and I like doing it. It has its ups and downs, and sometimes it is a grind but still, everything worthwhile does…and hopefully it makes a difference to someone somewhere.

Sci Phi Journal (a Hugo nominee for 2016) has grown out of your regular podcast The Sci Phi Show (presently on hiatus) which was a Hugo nominee for 2015. Do they speak to the same audience? How do they feed each other, if they do at all?
Due to the need to have a full time job I had to choose between the two. I’d like to do both but even with the long commute, time is finite and it is hard to record podcasts on the train. I’d like to get back to The Sci Phi Show, but I’m not sure I have the time at the moment.

I don’t know if they speak to the same audience, I’d like to think there is some cross over. Ideally, I’d like to do both and tie them together more.
Time will tell.

Sci Phi Journal now has a Patreon Subscription service. Tell us more about it and why you picked this particular way to raise funds for the journal?
I like the idea of Patronage; I think it is a good way to fund things and Patreon provides a way for people, who want to be a patron, to chip in a little bit and help out. I tend to the right politically, strongly libertarian leaning generally (certainly economically, less so socially) so I am a fan of the free market. I think Patreon provides a patronage oriented way of doing that.

I chose it because it provides that crowd sourced patronage mechanism without my needing to handle all of the money and collection details myself. I think I will need to look at other ways for people to kick in as well but I think it works well.

In another interview, you spoke about how you choose stories: that they have to have a big idea, and hold your attention even through distractions like music. You also added that most stories get a second chance with the distraction test. As a writer, I find your method encouraging (especially as I often write to music!), but I also wonder if different musical pieces alter your perception of the big idea and its components. Any thoughts on this?
They might. I suspect not greatly. The music I listen to for this sort of thing is music I’ve listened to a lot, and [it] generally acts as background noise. I have found myself frequently using the Japanese metal band Baby Metal. I don’t speak Japanese so it is roughly the same as not having any lyrics and it makes for a background I like.

So, everyone is probably wondering: which science fiction story changed your life, and how?
I’m not sure how to answer that. So many stories over the years and they have shaped so many different parts of my life.
I’m a Christian, conservative Anglican by background, converted from Atheism at 18, and C.S. Lewis’ writings, notably his Space Trilogy, The Screw Tape Letters and The Great Divorce have greatly shaped a lot of my thinking on a number of theological and political topics; and Heinlein and Haldeman have both provided interesting perspectives on the military and the nature of war; its horror and necessity. It’s really hard to pick one.

I’m not sure I could pick one science fiction story that changed my life. There have been a lot that have changed my perspective on things or given me a new way of looking at the world.

With all the recent sci-fi/fantasy journals and e-magazines which have launched over the past two years, do you think we’re entering into a new ‘Golden/Platinum Age of Sci-fi’? Where do you see Sci Phi Journal and The Sci Phi Show fitting in?
I hope so. Science Fiction is going mainstream in a lot of ways and infiltrating new areas and finding new audiences. Time will tell if it is a flash in the pan. I do think, thanks to technology in general and Amazon in particular, publishing is moving into a new golden age with the ability to actually publish something now easier than ever. It takes a lot of work, but the barrier to entry is really only effort these days.
I hope Sci Phi Journal and The Sci Phi Show can ride the wave, and the nano publishing house Sci Phi Publications can grow to the point that I have the headache of it being my day job. Time will tell.

If you could recommend a novel or a short-story to someone who hasn’t tried reading sci-fi before, what would you recommend?
It probably depends on the person and what they like. We had this problem at work with a colleague who had never read science fiction before. We got her started on Andy Weir’s The Martian and she really enjoyed it. There is so much to choose from, I don’t think you could narrow it down to one choice.
Although I always end up recommending Harry Turtledove’s World War series of books. I love those things.

And finally, any plans for the future you’d like to share?
I hope Sci Phi Journal will continue to grow and attract a larger audience which will allow some other related project ideas to get a shot. There aren’t any concrete plans beyond attempting to move forward in the direction I am currently going. Either it will succeed, or it will fail, and I will try something else.

Jason Rennie is the editor of the Sci Phi Journal and the fanzine Superversive SF. He is also the host of the podcast The Sci Phi Show. All three of his projects have been nominated for Hugo Awards over the past two years.
Founded in 2014, Sci Phi Journal is a science fiction and philosophy magazine that is published every two months. It is available online, in a digital edition and as a print edition.
In each issue you will find stories that explore questions of life, the universe and everything with articles that delve into the deep philosophical waters of science fiction universes.

My thanks to Jason Rennie for taking the time during a very busy and exciting period to answer these questions. And now it’s over to you. No links, please just comments. Thanks

I’d like to know:
Is there a science-fiction or fantasy story which changed your life or views drastically, or do you find you’re more like Jason?

Where and how do magazines like Sci Phi Journal fit into your reading list? What do you love/hate about them?

Find more of the SciFi Fantasy May 2016 posts here. 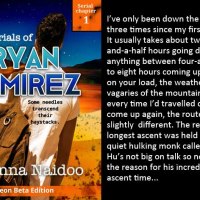 Your free tarot heads up for May and June Better late than never! Some interesting progress for some signs (well done Aries!) and still some way to go for others; confirming many of your weekly tarotscopes!

Get Your Channelled General Message Letter for 2022 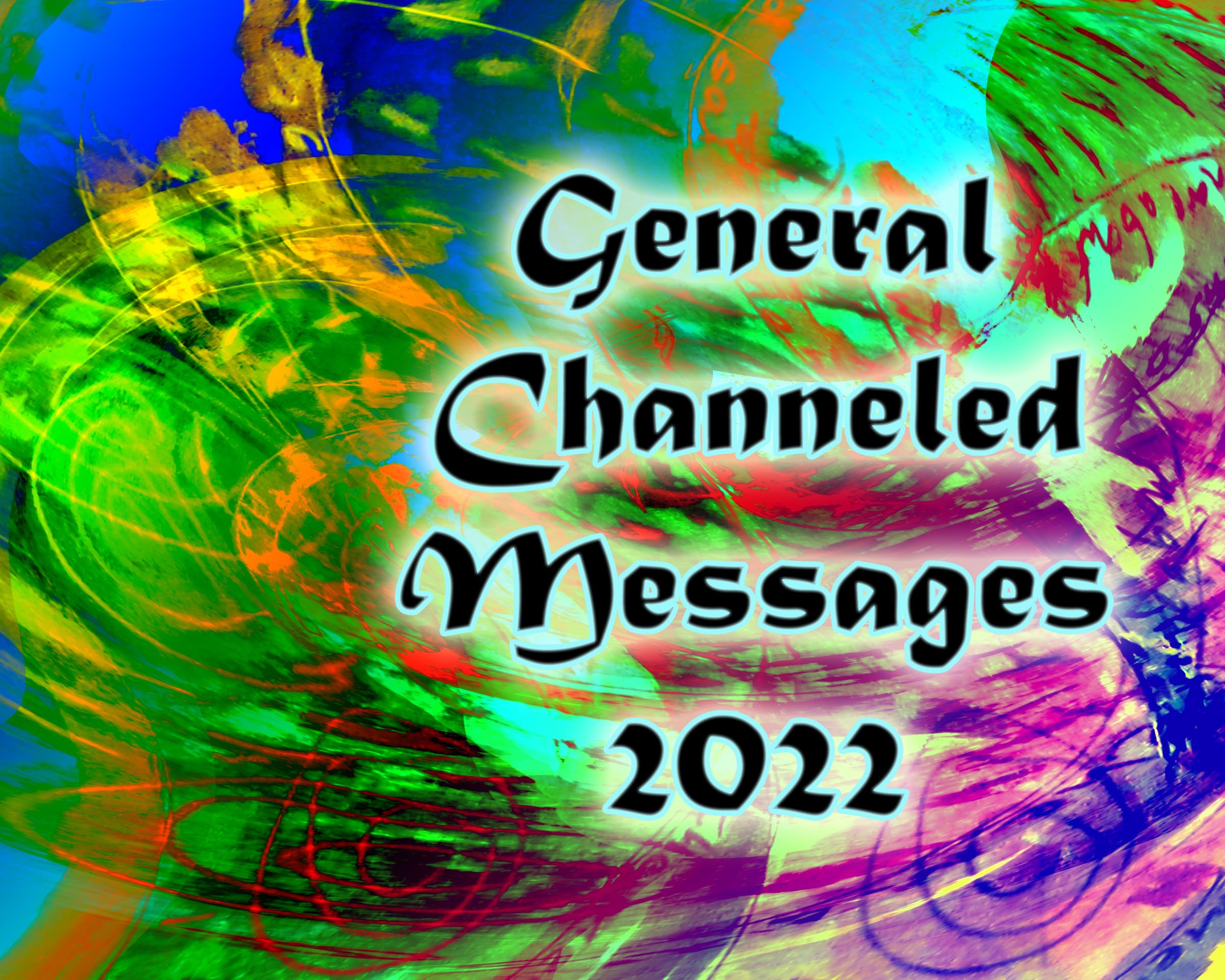 This will the third year running that we’ve offered this, and looking back I’m still blown away by the wisdom and group messages that have come through since 2019. Have a look at last year’s Valentine’s Messages for us all. Many thanks to those whose requests for letters and messages brought out these pearls of light for us all!

Words… Expand the void or bridge it. 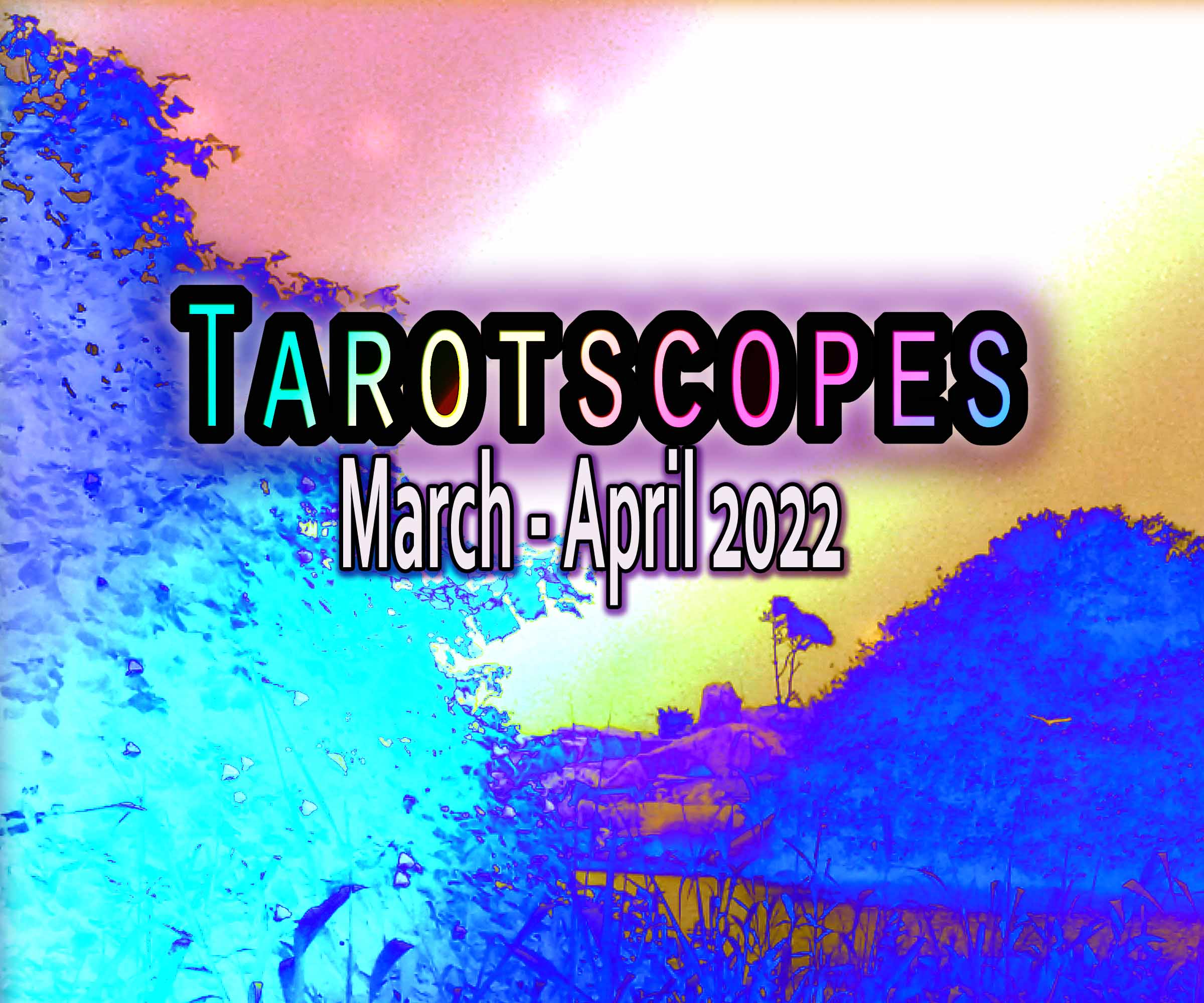 In this insane start to the next quarter year, I think Pink and Willow Sage Hart express the sentiments many of us have for the world just now. Fortunately, the sunshine always returns no matter how dark some times get because we all carry the light within ourselves and no one can tell the sun […] 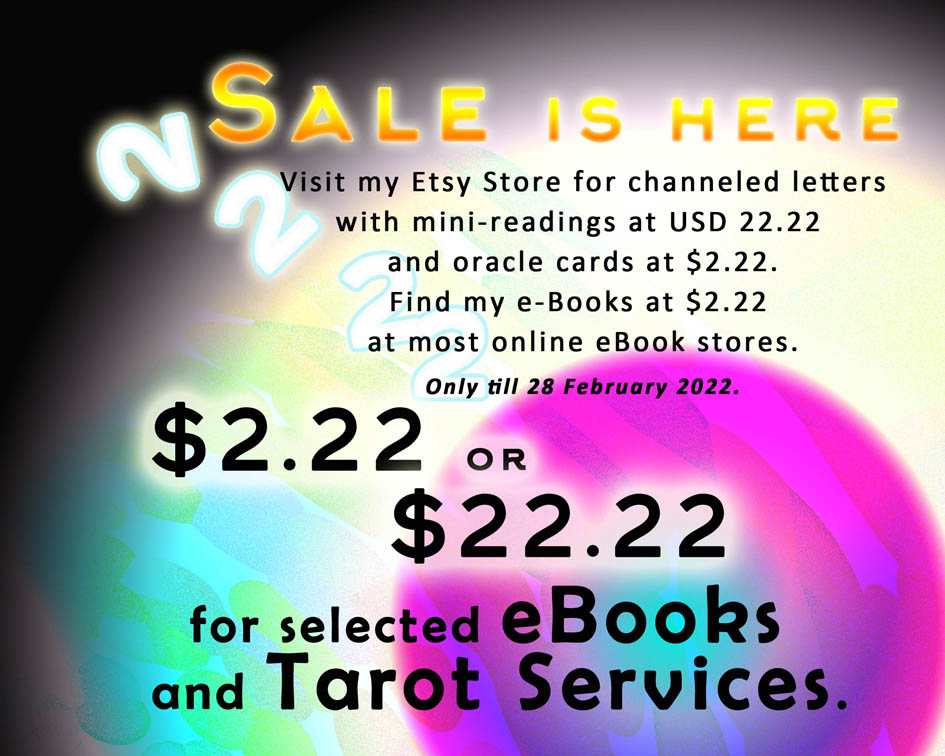